It’s Time to Rethink Business and Embrace Humanity. Here’s How.

In my last blog post, I recommended five steps for leaders to take that would end some bad habits and intentionally accelerate some positive business trends that began emerging before the pandemic.

With the tragic news of former Zappos CEO Tony Hsieh’s unexpected passing, there’s no better time to dive deeper into the first step: recognizing that businesses are not static, sterile things. Instead, businesses are made of people with lives outside of work. Hsieh was laser focused on people and culture and Zappos was a phenomenal success as a result...it’s certainly compelling.

Ahead of His Time

“We want [our employees] to be the same person at home or in the office,” Hsieh explained in 2010. “Because what we’ve found is that’s when the great ideas come out, that’s when their creativity shines and that’s when true friendships are formed — not just coworker relationships.”

Hsieh created a unique culture and openly shared it with the world. Every year, 20,000 people travel to Las Vegas for Zappos’ culture tour and many strive to emulate the company’s culture. Most fail. Not because of bad intentions, but because they copy the tactics without embracing Hsieh’s fundamental belief: that imbuing business with humanity provides a lasting competitive advantage.

As William Gibson said, “The future is already here – it's just not evenly distributed.” Hsieh and Zappos were ahead of their time.

It’s time for the rest of the business world to catchup. Businesses must change.

Today’s business practices are stuck in the manufacturing age when we treated employees as resources. So much so that we called the people “human resources.” These resources, like the machines they worked, had jobs to do and widgets to produce.

The world has changed but businesses have not kept up. Driven by the personal computer, the internet, mobile technology, and social media, information now flows quickly and freely, from all directions, in all aspects of our lives—except business, where command and control are still pervasive. The corporate controlling behavior extends beyond information hoarding and into a manufactured picture of the perfect employee, one that always puts work first and leaves everything personal at home. Pre-COVID, many organizations spoke of “bringing your whole self to work,” but the high prevalence of code switching and secret parenting demonstrates that businesses were more talk than action. In most enterprises, we still only see and appreciate part of the person: the part that does their job.

As heartbreaking and challenging as COVID has been, it might also be the nudge we needed to more intricately connect corporations with the humans that make them successful. Today we get a digital peek into each other's lives through the ever-present Zoom or Teams windows in a way that would have been considered, well, creepy before the pandemic. The arbitrary line between work and life dissolved overnight. I would argue we should keep it this way.

At SingleStone, we know that a great company culture starts with authenticity and relationships. But only during COVID did I discover that my teammate of nearly 10 years, Jim Garrity, has a frisbee golf course in his backyard. I learned that his son Tommy and I share a love for matchbox cars. He also has a dog next door who howls just about every time Jim goes off mute on a call. And as a bonus, I learned about exponents from his son, Jack. That is real life. And from a business perspective, it enhances my partnership with Jim when we collaborate on solving client problems together.

5 Ways to Inject Humanity Into Business

So, where we as leaders used to look at employees and only see what they do...we are now beginning to also understand how they feel and think.

Much of this newfound understanding has been a happy accident, the unseen benefit of a trying time. So, how do we purposefully inject humanity into business? And how exactly do we better understand how our team feels and what they think? Unfortunately, there is no playbook, but I can offer five tips and examples from SingleStone and other companies to get you started.

I am stating the obvious here, but if we want our team to bring their whole selves to work, we must start by doing that ourselves. That means we must drop the facade of the all-knowing, all-powerful leader. This is easier said than done, but COVID might just be what we needed to show that we’re human, that we have feelings, that our lives are much bigger than work. It certainly has been for me. At different moments this year, I…

None of these moments were planned. All felt awkward and natural at the same time. No one said being authentic was going to be easy. And now that my teammates have witnessed my vulnerability, they are being more vulnerable with me too.

This has been a hard year. A global pandemic, economic uncertainty, racially-driven social unrest, remote work alongside our little remote learners, and — the cherry on top — a polarizing presidential election. It’s exhausting. And while it may be uncomfortable, it’s important to embrace this exhaustion by acknowledging that this is an unprecedented amount of hard all at the same time.

To help our team engage in an open dialogue during election season, we started a series of Colleague Conversations. The only rule was “No judgement allowed.” Joining these conversations was completely voluntary and outside experts facilitated each one. I was astonished by the strong engagement, vulnerability, and empathy shown by our team when provided with the space to openly share and actively listen.

Which brings me back to Tony Hsieh. He thought of his company as a greenhouse and viewed his role as "the architect of the greenhouse." His job was to foster "what's already natural among the employees so they flourish." As leaders, we must remember to architect safe spaces for our teams to just be themselves.

These are great aspirations, but few companies make it work. One exception is Bridgewater Associates, one of the largest hedge funds in the world with $140B under management. Bridgewater’s founder, Ray Dalio, built a meritocratic culture on a foundation of real-time 360 feedback.

Dalio created the Dot Collector, a real-time feedback app that gives employees the opportunity to rate one another across more than 100 attributes. (You can actually see it in the App Store.) As a meeting progresses, the dots update dynamically, showing each participant’s feedback. Everyone from the lowest-level associate to the CEO is rated with dots. Over the course of a year, each person collects thousands of dots on their performance and believability in different domains. Every decision at Bridgewater uses the weighted believability of all people involved.

While many companies will find this approach too radical, the lesson is that you cannot simply say you want everyone to have a voice. You need to build an operating system that gives each of them a voice and then consider those voices when you make decisions. You don’t need an elaborate app for that, but you will need to commit to and find a system that supports 360-degree feedback.

4. Meet the team where they are.

Ignoring this summer's social unrest was not an option. Our team refused to pretend that everything was OK, but not everyone was comfortable being vulnerable and sharing in a live group setting.

So, in addition to hosting Colleague Conversations, we started a Humanity channel on Slack. The channel provided a space for our more reserved teammates to process and share perspectives, feelings, and helpful resources on their own time and terms. Learning how our teams feel requires us to do more than just ask them and let the extroverts’ ideas rise to the top. We need to level the playing field to get all perspectives, not just the ones that are consistently the loudest. I am happy to report that the Humanity channel continues to be one of our most active channels a full six months later.

5. Tap into the collective wisdom of the team.

In his first year as President of Adidas North America, Mark King engaged the whole company in an open strategy experiment. When he explained it, King described it as "your chance to co-create the future of our business."

King followed this declaration with a 10-week initiative to teach the team the skills necessary to create fresh insights. More than 10,000 insights and nearly 1,000 business ideas led to several proposals that were fast-tracked for development. The result? Four years later, Adidas enjoyed a 50% increase in sales and a tripling of operating margin.

Innovation doesn’t happen because we wish for it. It also doesn’t happen in a vacuum. If we want our team to contribute their best ideas, we need to take a page from King’s book and provide the structure, skills, and tools to support our aspirations.

Hsieh was a radical for bringing humanity to business and delivering happiness along the way. It’s time for us to build upon his legacy in our own companies. Let’s rise to the occasion and make this the norm.

Change is hard, but it’s easier when we do it together. What steps are you taking to create a genuine people-first organization? I’d love to hear your thoughts and ideas. Reach out if you’d like to compare notes. 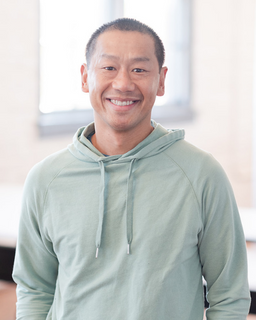