Collaboration: The Heartbeat of the Daily Stand-Up

It's no surprise that collaboration within and across teams is critical to productivity, but it's surprising how hard it is to get right. Consider that in a 2017 survey published by the Harvard Business Review, 81% of respondents felt both internal and external collaboration was key to their current success. Daily stand-ups are a crucial part of Scrum, yet many times their value is lost, and the stand-up becomes just another meeting in the endless sea of meetings we all attend.

The real purpose of a daily stand-up is not a check-the-box status sharing activity, it’s meant to drive collaboration between team members towards the shared goal of completing the work that the team has committed to this sprint.

In addition to getting back to the purpose of the stand-up, I would encourage you to try out some of the following tips I have gathered for keeping stand-ups efficient and effective.

Start the meeting on time

Many teams fall into the habit of starting daily stand-ups late because somebody isn't there. Start on time. Don’t delay because someone isn't there, even if it’s the Scrum Master. Starting on time demonstrates that this meeting is important, and everyone's time is valuable. Re-evaluate the start time if needed. Even starting 5 or 10 minutes later could resolve the issue.

Discussion should be limited to work that the team is pursuing in the current sprint related to the sprint goal.

Beyond that, it’s acceptable to add some discussion about work preparing for the next sprint. For example, “I reviewed the stories targeted for next sprint and think they’re all broken down into the appropriate sizes now. Also, I scheduled time with the business contact so we can meet with her next sprint.”

Stick to the 15-minute time box

If your meetings take longer than 15 minutes, people become restless and may tune out. They may begin to dismiss the meeting as being a waste of their time/not a value add. This normally indicates that something is wrong. The team could be too big, the updates may not be accomplishment-focused, or team members could be using the meeting to solve problems instead of simply flagging them.

Defer to the 16th minute

One of the most important and valuable outcomes of a stand-up is identifying issues that need to be resolved. BUT make sure you don't use stand-up to solve the problems. A great tool to try is to defer problem-solving to the “16th minute” — after the daily scrum. You could choose to use the time following stand-up for this, or the necessary parties can work together to determine a good time for the follow-up discussion. This is even more important on distributed teams, where your meeting is by phone or video conference.

Give team members a way to indicate when someone is rambling

When establishing team norms, consider adding a “ramble que” for cases when speakers don’t notice they are going on too long. A popular tool that many teams adopt is to use the simple word ELMO — “Enough Let’s Move On.” This will come in handy in more than just stand-ups, and since it will have been agreed upon by the team and added to team norms, it will be mutually understood.

Talk about impediments, not “blockers”

Many teams only bring up true blockers in stand-up, which means you’ve already got a problem that’s causing a standstill. Make it the norm for the team to bring up any impediments that are slowing progress. In a daily stand-up, you don’t want to only hear about things blocking progress. You want to hear about everything that might impede progress. In the past, I’ve tried using “anything slowing you down” language which opens the conversation to a broader range of impediments.

Use a parking lot

During the daily stand-up, a lot of topics will arise that the participants want to discuss with each other. Often these are topics that don't concern the entire team. To ensure the stand-up is concise, many Scrum Masters use a parking lot to capture the topics that need to be discussed but not necessarily during the stand-up. When in-person, I used to write these items on a whiteboard in the room as they came up. If you are in a virtual setting, using something as simple as a notepad or a shared team chat has worked for me. After the stand-up, the items placed in the parking lot can be addressed with the relevant team members.

In summary, if your daily stand-up has lost its steam, true-back to the purpose of the daily stand-up: daily coordination, focusing on the few, making daily commitments, healthy peer pressure, and raising impediments. Once you are focusing on getting the right value from your stand-ups, hopefully, these facilitation tips will help add even more value to your team’s 15 minutes as well. 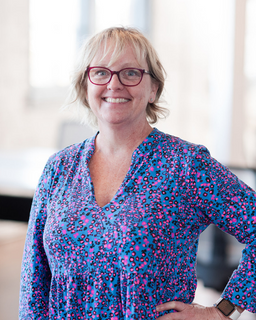